First up, I do a Character Profile on The Justice League International!


I then introduce my special guest star....  Paul Hix, from the Waiting for Doom podcast, as we talk about the Justice League International and Suicide Squad cross over! 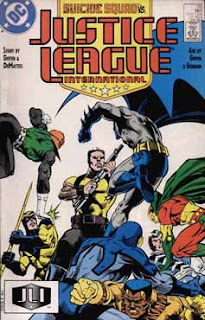 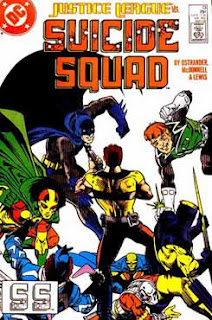 
Then I wrap things up with Suicide Notes.

And you can still get directly to our page by going to taskforcex.headspeaks.com.
Other news for the Headcast family...

The following week, look for Head Speaks episode 25, where I'll be talking about something....

Finally, be sure to return next month and listen as I talk about Suicide Squad issues 14-16 for our two year anniversary with another special guest host.

But before you listen to that episode, be sure to look for Ryan Daly's Secret Origin Podcast episode 28 where we look at the origin of Nightshade in a lead up to next month's story arc.

Make sure to tell a friend and check back next month for another great episode of TASK FORCE X!
Posted by Aaron Moss at 4:13 PM