This month, Task Force X, is joining in a wide line crossover of massive proportions!

In honor of a recent Tumblr post by the great Gerry Conway talking about creator equity and DC Comics, we have decided to use May as a Gerry Conway appreciation month! 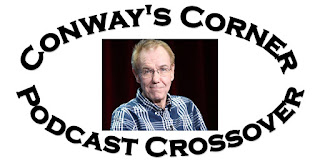 On Task Force X, we look a little at Gerry's recent comments, take a look at Neal Adam's comments on the problem and do a Character Profile on Vixen.

Vixen will show up in the Squad around issue 11 (so this profile is a little early).

And since the great Mr. Conway didn't write any Suicide Squad issues, we use this month to look back at Action Comics 521, Vixen's first appearance.

Mr. Adam's response to is can be located at:

I recommend reading both of these posts, and also following Mr. Conway's follow up posts.

What does Brother Head think of this issue... well, it's a bit complicated, so listen to this episode to hear for yourself.


Abilities: Mimics the abilities of any animal that has ever lived on Earth, healing factor
Listen to this episode for further information on the beautiful Mari McCabe.

Title: "The Deadly Rampage of the Lady Fox"

Also, be sure to check out all the other great podcasts joining in on Conway's Corner Podcast Crossover:
As you can see from the first podcast on this list, I was also a guest host on Mike Bradley's Superman and Batman podcast.  Be sure to check them all out.

Join us next month (June) over at Head Speaks for our 1 year anniversary episode, then back here the same month for Convergence Suicide Squad issue 2.
Then the following month (July) listen as Task Force X celebrates 1 year of podcasting with our 12th episode, hopefully with a very special guest host!

Thanks for listening and be sure to tell people about us.  Also write in and let me know what you think of this episode!

Make sure to tell a friend and check back next month for another great episode of TASK FORCE X!
Posted by Aaron Moss at 11:00 AM No comments: