Again, Squadmates, I welcome you back to our newest episode! I present to you Episode 31: Checkmate 9 and Suicide Squad 20

On this episode, first up, I look at: 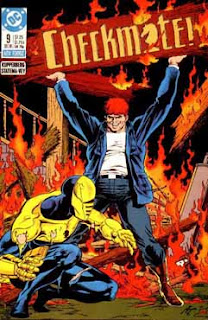 Synopsis (From Mike's Amazing World of Comics):
Checkmate headquarters becomes the target of increased scrutiny after Black Thorn was able to penetrate security. While security tests are underway, a field operation is being conducted in Washington to locate the source of a counterfeiting ring. Knight Roger Dayton is able to shut down a warehouse run by the group. He fights a large man named Claymore whom he leaves for dead in a burning building. However, the body is not recovered. Claymore survived and has followed Dayton to Koning Industries, the front for Checkmate Headquarters. 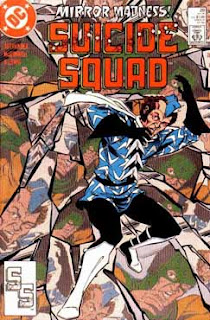 The following week, look for Head Speaks where I start my Armageddon 2001 coverage!


Finally, be sure to return next month and listen as I talk about Suicide Squad and Checkmate.

Look for us on Facebook and Google+ (look for Task Force X).
Make sure to tell a friend and check back next month for another great episode of TASK FORCE X!
Posted by Aaron Moss at 6:32 PM No comments: