Episode 38: The Janus Directive Parts 1 and 2

Hey Squadmates.  We're back with Episode 38: The Janus Directive Parts 1 and 2


This month we start our look at the crossover, The Janus Directive.

First up, is Checkmate!

And to hear me talk about this issue with the group over at Longbox Crusade, check out Episode 14 which was released Feb 22 2018. 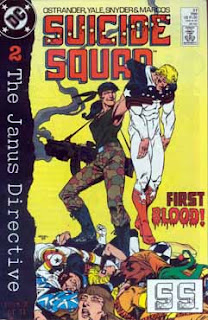 Commercials played this episode:
It Came From Syndication

Done In One Wonder Show

Finally, be sure to return next month and listen as I talk about Suicide Squad and Checkmate.  And coming next month.... The next part of The Janus Directive.